Try out these techniques with your story or experiment by combining them in new ways. 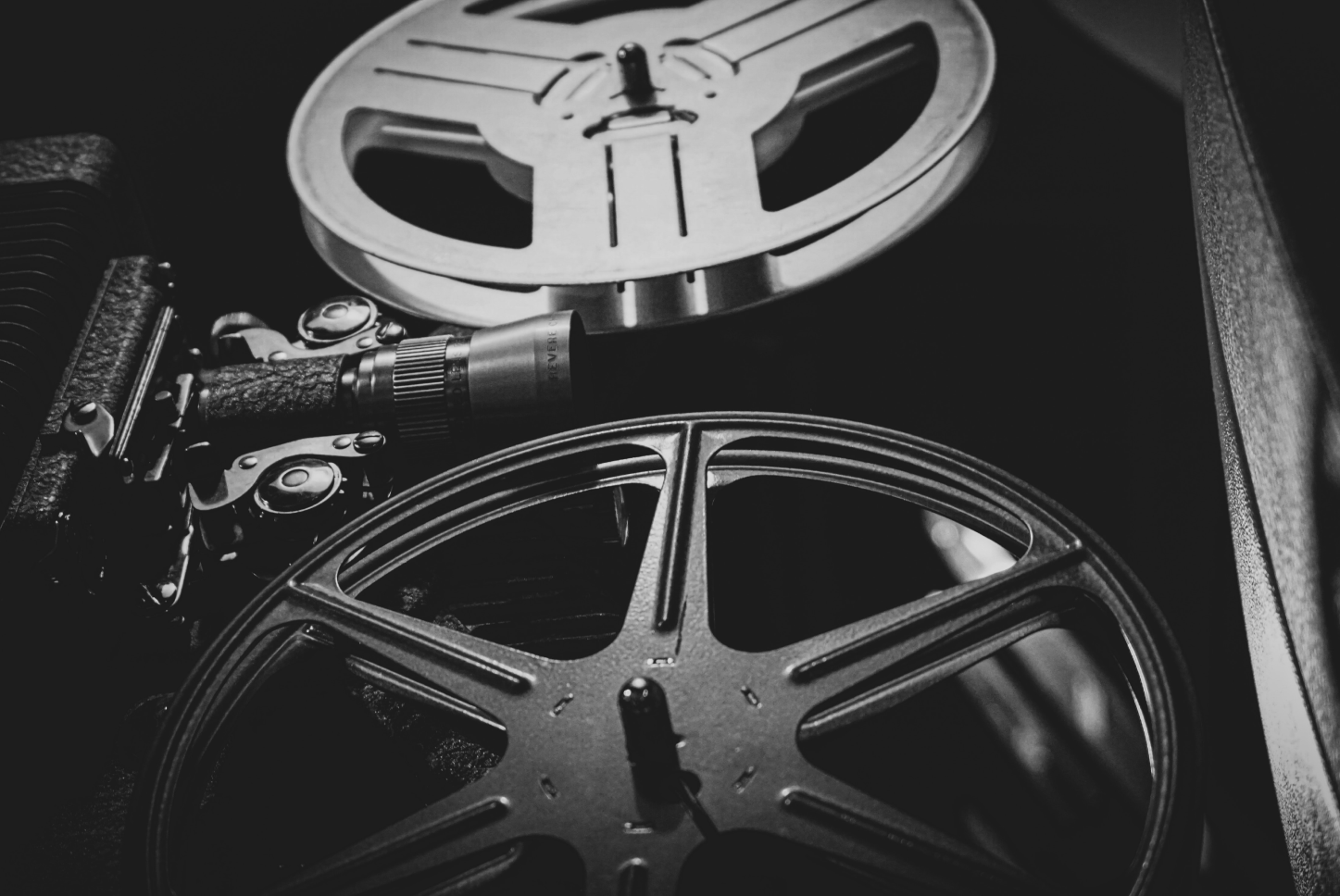 At We the Project, we know the value of quality collaboration, especially between the director and the cinematographer. It is crucial to find a great visual storyteller to help make your movie. That’s why it’s essential for cinematographers to have a distinct visual style. For filmmakers trying to find a Director of Photography, it’s important to understand basic cinematography techniques. This helps you get a sense of a potential collaborator’s ability and how well their style fits your film.

Whether you’re a celebrated filmmaker or you’re just starting out, it’s important to pay homage to the greats. Try out their techniques with your story or experiment by combining them in new ways. Read on to find out more about trailblazing cinematography hacks and how they made their mark on cinema culture.

Related: Pre-production Checklist - Everything You Need to Know

Ari Aster’s been heralded as the number one director to watch in horror, partly because of his collaboration with the cinematography mastermind, Pawel Pogorzelski. The jolting effects of his horror films stem from his use of a seemingly simple film technique - 1st person perspective. This technique can be used to put the audience in a character’s shoes, exaggerating the emotion of the film.

Movies shot in 1st person are achieved by placing the camera in the position of the character. This is especially impactful when large crowds of people look at the character, staring directly at the camera to make the movie viewer feel seen. The 1st person effect can make a comedy movie feel funnier, a political drama feel more intense, or in the case of Midsommar, a horror feel even more terrifying. In this scene, the audience feels main character Dani’s alienation as she steps among the cultish society for the first time.

Whether or not you think he’s a cliche or the epitome of American indie film today, Wes Anderson has an unmissable cinema style. Cinematographer Robert Yeoman uses strangely symmetrical composition, creating a sense of perfection that’s too good to be true.

In the past, filmmakers avoided this technique because it looked too artificial. Given the comedic nature of Anderson’s films, you can take this symmetry to be a commentary on the way high society members are always putting on a performance.

This technique can be used to highlight the eeriness of a haunted space or create a sense of irony. Anderson is also famous for using details and bright colors, so symmetry can also be a purely aesthetic choice.

Finally, overall symmetry draws attention to anything that’s out of place. The symmetry of the hotel in this movie scene makes the two characters’ appearances seem off-kilter and quirky.

“Here’s Johnny!” might just be the most famous line from The Shining, but this terrifying moment only works because of the sense of dread that builds up throughout the movie. One such moment is this scene, where Danny rides a bicycle throughout the hallway in The Overlook hotel.

Director Stanley Kubrick uses Garrett Brown’s Steadicam technology to take a completely smooth shot of Danny riding his tricycle in the hallway. Since it’s a horror movie, you’re constantly waiting for a jump scare - but nothing actually happens to Danny. Kubrick creates a dizzying feeling and overall creepiness. Any filmmaker can use a long tracking shot to build up suspense or simply cut down on the editing time.

A cinematic technique first perfected by Yasujiro Ozu, the tatami shot occurs when a camera is placed on a tripod in one position without changing focus, angle, or zooming. In this Wong-kar Wai film with cinematographer Christopher Doyle, the stillness of the camera creates a painterly feel. The audience notices the physical environment as people move in and out of a space.

This technique is especially useful in quiet films and dramas, allowing moods and romances to simmer beneath the surface.

Spike Lee pioneered the talking heads technique in his film, Do the Right Thing. In this movie, he uses the documentary technique of talking heads, when people speak directly to the camera. He mixed tradition with innovation by zooming in jerkily while the characters talk.

He uses the dolly zoom effect, using a camera on a dolly to draw closer to the characters as they gaze at the camera. This is a dynamic technique that’s mostly used as a stylistic flair. It draws attention to the cinematographer and calls attention to their cinematic prowess.

It was Alfred Hitchcock who famously pioneered dolly movement as a horror technique in Vertigo, and Spike Lee used the double dolly shot to create a godlike appearance for historical characters. Tobe Hooper and Steven Spielberg’s Poltergeist uses the technique for a feeling of vertigo and horror. The dolly moves in multiple directions and the lens moves simultaneously, creating a feeling of vertigo.

Another dolly movement vertigo effect occurs when both the camera and the actor are placed on a separate dolly. Since they’re moving at the same time but at different speeds, they appear to be floating. This is a great technique you can use in fantasy films without having to hire a special effects designer.

This versatile camera technique is especially great for the filmmaker on a budget. Without spending a lot of money on an expensive camera, you can create a personal touch in your film. Instead of using camera techniques for the traditionally natural, but polished feel, a director can further enhance the naturalism in a film by using a handheld camera.

When you’re walking in nature, running through the subway, or in the case of Moonlight, swimming in the ocean, your eyesight isn’t smooth like a camera on a tripod or dolly. A handheld camera helps a viewer establish a sense of place, completely immersing them into an environment (and sometimes helping filmmakers save money on camera add-ons).

‍Gaspar Noe is known for creating moments of introspection in even the most extreme situations, which holds true in his latest film. In the intoxicated dance horror, Sofia Boutella staggers into a solitary hallway in a fit of rage. She comes across a mirror. She screams at her reflection, and the movie watcher can see how she sees herself.

Mirror shots can emphasize the emotions of a character and even cause viewers to self-introspect. The most important thing to remember when executing a mirror shot is to make sure you can’t see the camera in the mirror - it’s the biggest rookie mistake.

Experimenting with Medium (shooting on iphone or camera)

It’s standard practice in the film industry to use digital cameras to shoot movies, which is why using a different medium can help your film stand out. You can go super old school and shoot on 16mm or 35mm film. This is an expensive choice, since you won’t be able to notice mistakes until you get the film developed (and developing film doesn’t come cheap). However, it can create lush colors and textures that a digital camera just can’t. Robert Egger’s film The Lighthouse was shot on black and white 35mm film, and if it weren’t for Willem Defoe and Robert Pattinson’s famous faces, it looks like a movie from another era.

You can also go super new school and shoot on an iPhone to save money. Even famous films like Sean Baker’s Tangerine (2015) and Steven Soderbergh’s Unsane (2018) were shot on iPhones.This technique is great for mockumentaries and other movies that want to show relevance in the age of advanced technology.

Known for incorporating the bizarre into everyday life, David Lynch frequently uses cinematography techniques like the Dutch angle. This technique was first introduced by the German Expressionism Movement to convey a sense of madness and hysteria. Sure enough, Lynch’s TV series Twin Peaks uses the Dutch angle (or the Dutch tilt) to create a feeling of disorientation. Even though the TV begins in a realistic setting, it slowly becomes more paranormal. Cinematic clues like this guide the viewer from real to fantasy.

To create a beautiful Dutch angle shot, a cinematographer needs finesse and fine motor skills. A successful Dutch angle should not be too obvious, and the camera should move smoothly to capture a slowly shifting frame.

Another simple way you can boost your cinematography game is by experimenting with aspect ratio, either by getting a lens that produces this effect or by editing the video during post-production. Using a traditional 4:3 aspect ratio (also called the Academy ratio), like the one David Lowery uses in A Ghost Story, can infuse a movie with home video nostalgia. Action movies often use changing aspect ratios and wide aspect ratios to heighten the suspense. If you want to get really weird, you can even use a circle aspect ratio.

Tell your visual story with a cinematographer who’s tech-savvy, innovative, and really understands their medium. Get started hiring your cinematographer with We the Project, the innovative entertainment technology tool for creatives to network and find their next film project.

Related: 30 Best Film Festivals You Need to Go To