Tim Zinnemann worked in the film industry for 50 years. In this interview, he reflects on how things have changed. 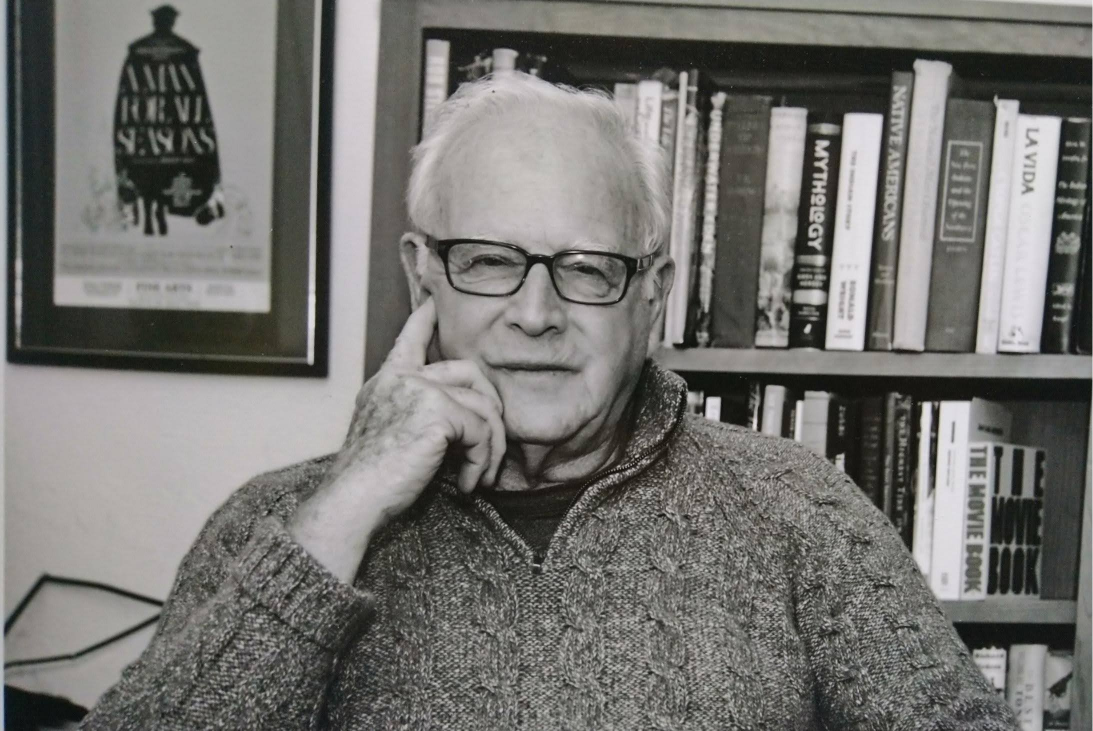 During the 1960s, Italy underwent a social and economic transformation that made it one of the advanced countries in the world. The largely agricultural society transitioned into a more industrial model, and the decade’s energy is captured in films by directors like Federico Fellini and actors like Clint Eastwood.

It was in this climate that Tim Zinnemann fell into the film industry. After working in Italy as a film editor for four years, he went on to become a prominent film producer, former assistant director, and photographer. He spent 50 years in the industry and has worked on films like The Island of Dr. Moreau, The Running Man, and Pink Panther.

How did you get into the film industry?

I actually got into the business as a fluke. I was in New York going to Columbia University. And on the side, I was working as a photographer doing shots for models. And one of the girls that I did shots for took the pictures into Eileen Ford and she said, "Well, I don't want you but who took the pictures?" So I went in to see her and she had me do more things for her models. And then she called me up one day and said, "There's a photographer who just fired one of his assistants and he needs somebody to start right away." So I went to see this guy, and he was a maniac and throwing cameras around. Finally he came over and he said, “Eileen Ford says you're good, so that's okay with me, but I want you to know you work 24 hours a day. I don't care if you ever eat or sleep.” It turned out to be Richard Avedon.

When I went home, I got a phone call. It was an editor who was a friend of my father who I knew and had observed working on a picture. He said, “I'm going to Rome for three months on a movie, do you want to come and learn about editing?” And I said, sure, that sounds fine. I was in between semesters at Columbia. So I went for the summer and worked as an apprentice editor on a picture called Romanoff and Juliet with Peter Ustinov. At the end of the summer, there was an American picture coming in and they needed a bilingual first assistant film editor who was trained in the American method. So, like a fool I raised my hand said, "Here I am, I'll do it." I barely spoke Italian and I was far from being trained as an editor. I wound up getting the job. I got trained, I got a girlfriend who didn't speak English, so I learned Italian. And I wound up staying in Italy for four years and never went back to Colombia.

What was the film industry like when you started?

In the early 60s, the major studio system in Hollywood was disintegrating, and unions were still very strong. But there were a lot of independent companies coming in at that time, and there was a lot of activity with American movies being made in Europe because all the profits the studio's made remained in Europe, they couldn't bring it back without it getting taxed. So they had large sums of money in Europe to spend so that's what they did. There were a lot of movies being made both in Italy and Spain, which led to all the Clint Eastwood stuff that was in Spain.

I was able to work continuously for four years in Italy. And then the last movie I did there was the original Pink Panther. When I was brought back to the States, I was a fully trained bilingual assistant film editor. And the editor was a wonderful man named Ralph Winters who had won six Academy Awards, I believe. So, for me, learning from him was like being in a great master’s program at a university. I was getting paid to learn all of his tricks and things. So I came back on the picture and post-production.

What was it like living in Italy and working on films in your early 20s?

I felt like a character in Roman Holiday. It was fantastic. In the four years, I became fluent in Italian. I lived like an Italian with Italians. I was immersed in the culture. The Italian approach to movie making was quite different from the American style. It was a lot more sort of off the cuff, less organized. But they made some brilliant movies. I'd go down and watch Fellini shooting 8 1/2, which was an amazing experience. Fellini had many different actors in a scene speaking different languages, and he would place them like puppets, wherever you wanted, and then roll the cameras and then they'd be screaming, “What are we supposed to do?” So he didn't even know what he wanted them to say yet. So it was that kind of approach to moviemaking and people would be talking during the shot was kind of a mess.

What was it like seeing films that you worked on in theaters?

It was fun. Pink Panther was just a lot of fun to see it all come together. And because you're working on something from the beginning, you're watching the evolution. I think part of it is seeing it with an audience. You're always surprised by their reactions, you know, you don't think something's going to work and it does. Or you think something's really funny and it isn't. It's always a great experience to see something with an audience.

How did your background in photography help your work with films?

Well, what's helpful in photography is setting up shots. When you're doing movies, you have to be able to be visually connected to the story and you have to be figuring out setups without looking through lenses or anything else so you get an eye, so I'd say you could I brought that with me to photography. And when I was getting commercial work in photography, doing movie posters and things, it was very helpful because I knew how to set up a shot for movies for stills.

What specific projects or memories stand out to you?

Most of the projects that I remember were all sort of attached to where I went and what I did when I was there. Nothing to do with a movie but for instance, I was on the island of Abaco which was the center of that huge hurricane a couple of years ago in the Bahamas. We were there for 14 months on a picture called The Day of the Dolphin with Mike Nichols. We spent a lot of time in the water with dolphins, basically. And got to really understand dolphins and working with them in the underwater settings.

What advice would you give young creatives trying to break into the industry?

First of all, learn your craft. It helps to focus on what your interest is because not everybody is a director, and not everybody wants to be. If you’re going to pursue a career as an editor, DP, whatever, concentrate on learning about that. One of the first things I would say is get a working knowledge of the best movies from all eras, not just now. There are some that are 80 years old that stand the test of time so it’s good to see the work of others and see how it evolved and then analyze what makes it good or bad, coupled with technically learning what you’re doing. The more you do it, the more you learn what works and what doesn’t.

For somebody who has no connections, who doesn’t know anything about making movies, the first way to start is by looking at all the great movies, or what you think are great movies. Reading is very important, and, these days, being connected on Instagram and Youtube to see what other people are doing and form your own opinions about it.

Have an interesting story? Connect with us at info@wetheproject.com