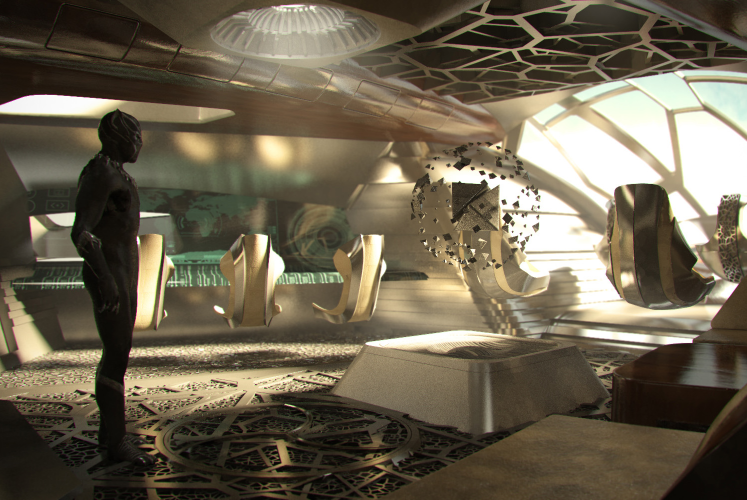 A Multitalented Concept Designer, Filmmaker, and Storyteller with a Coveted Professional Repertoire

Andrew Leung is a concept designer, artist, and filmmaker with 20 years of professional experience on his canvas. His pairing of imagination and practicality have afforded him an impressive career in suspending disbelief for award-winning films, television shows, and commercials. He’s worked with prominent companies and brands such as: Disney, Paramount, Warner Bros., Marvel, 20th Century Fox, Universal, Paramount, Sony, Adidas, Rolex, and Nissan. The mind-bending artistry that Leung produces pulls scenes off of scripts and into people’s realities.

“Once you put a picture to the words, it really changes things.”

Out of all of the enthralling work that Leung has created, what he finds  most difficult to fathom is the extent of his own resume. Growing up in Oregon with access too little to even purchase a comic book, he never thought he would one day be designing environments for the Marvel Universe. Even after moving to California and graduating from the Academy of Art College, filmmaking still was not in Leung’s sights.

Initial plans aside, the young artist fortunately still ended up on the set of the 2003 film, Captain and the World of Tomorrow. In the years to follow, Leung would go on to help create over 40 additional blockbuster films like, The Adventures of Shark Boy and Lava Girl, Twilight: New Moon, and La La Land.

The filmmaking process for a concept artist was not exactly how it was portrayed in Leung’s college courses. He learned along the way that  tasks were not always finished or even started in a specific order before he was expected to begin his creative process. However, Leung took that as an opportunity for artistic freedom, as he did when he designed vital scenes for Wakandan royalty  during the ground floor stages of Black Panther, starring the late Chadwick Boseman.

‍
Leung working during the rough sketching of a project allows him to work and think from different roles. He often has to get into the mind of the director and the producer. Leung consistently manages to push boundaries with technology and imagination while simultaneously keeping a real sense of story, time, and budget.

“My role as a concept artist is not to limit things, but you have to be realistic and aware of budget if you want to see it on screen.”

Andrew Leung is an artist that has gotten over every hurdle on his path to success, even the ones that he placed in front of himself. All creatives know that they are usually their own worst critic, and that cliché still rings true for an accomplished animator like Leung. While he is immensely thankful for the opportunities he has had to create for so many top tier studios, the stories that Leung has become reputable for giving life to, were not his own. With that being said, Leung’s work will still be seen on major platforms. His concept art for the live-action version of Mulan is actually set to stream on Disney Plus this month. The only difference in Leung's career path now is that he is working even harder to paint over his anxiety and self-criticizing to tell the personal stories that are important to him.

“You’re only limited by your own imagination and being able to tell a good story.”

‍What to Expect: Andrew Leung talks with We The Project about his journey from illustrating children’s books to creating digital art for movies like Black Panther and La La Land. He details what it takes to get from the inspiration phase to the production phase in filmmaking and shares behind the scenes stories of his broken expectations on his start in the industry. The concept artist opens up about his newfound creative freedom and details the importance of being boundless when creating to help aspiring artists to succeed.