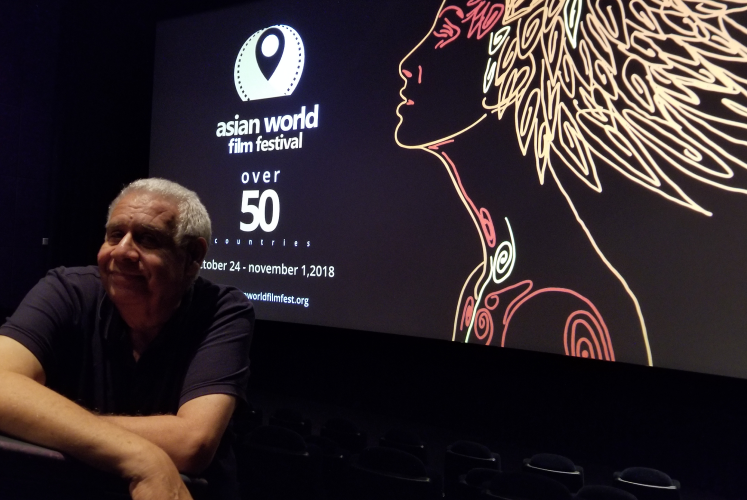 Georges Chamchoum is an Emmy and multiple award-winning Film Director and Producer, born in Niger West Africa of Lebanese origin. He was educated in France, Germany and Wales and entered the film industry in 1968 after graduating from the Conservatoire du Cinema Francais in Paris. Georges has directed and produced over 35 features in Europe, Africa, the Middle East, Canada and the USA, with many screened at various International Film Festivals and Universities. He has also organized numerous film festivals since 1982, most notably as Jury Delegate for the Festival du Film Fantastique et de Science Fiction de Paris (France) and as the Executive and Program Director of the Monaco Charity Film Festival. Georges currently sits on the Boards of the Yakutsk International Film Festival (Yakutia, Sakha Republic), the Notre Dame University International Film Festival (Lebanon) and the Beirut International Women Film Festival (Lebanon). In addition, he is Co-founder of Film Festivals Cinergy, a union of film festivals around the world to promote and champion talent in film-making. Most recently, in 2017, he was named one of the 100 most influential Lebanese in the world, being honored in a special commemorative publication to mark the occasion, and in December 2018 he was the recipient of the South Korean Ministry of Culture 'Dari Award' on behalf of the Asian World Film Festival for Bridging the Culture of Korea with the USA. Georges has lived in Los Angeles for the past 30 years.

In this podcast episode, you will lean how Georges is shaping the industry with The Asian World Film Festival. The Asian World Film Festival (AWFF), now in its sixth year, brings the very best of Asian World Cinema to Los Angeles (Culver City) in order to draw greater recognition to the region's wealth of filmmakers and strengthen ties between the Asian and Hollywood film industries. Uniting through cross-cultural collaboration, the Festival champions films from over 50 countries across Asia, spanning from the eastern shores of the Mediterranean to Japan and from Russia, southward to China, India and South-East Asia.

Listen to episode 1  with creative director and artist Kiki Chansamone