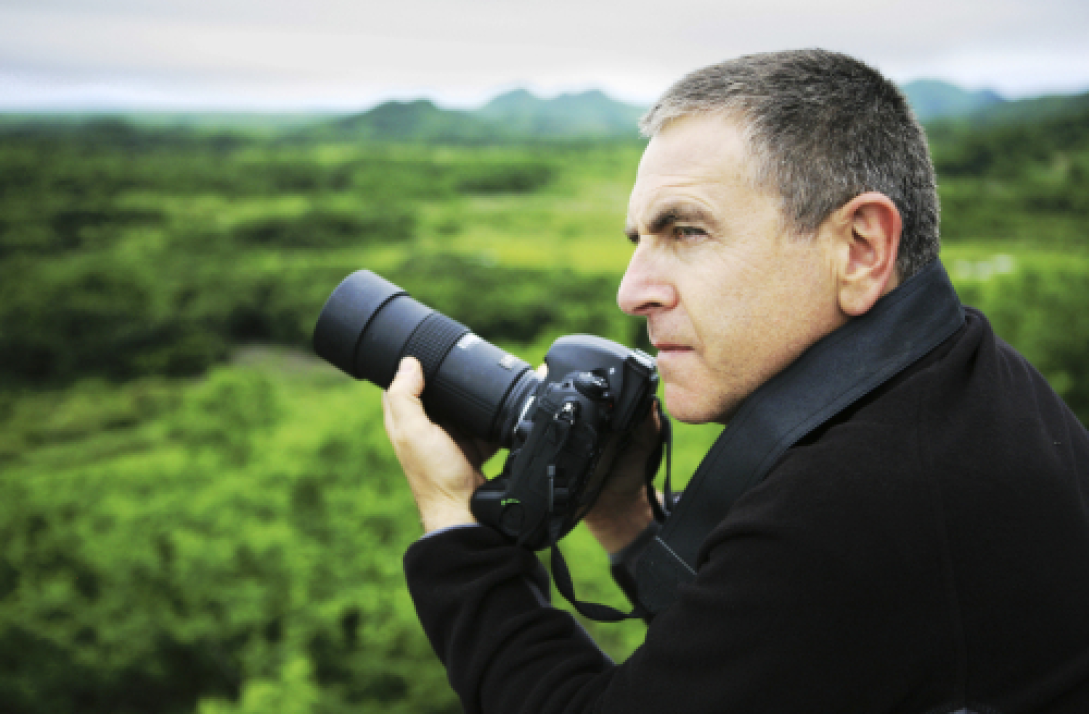 Mark Edward Harris is a world traveled, award-winning photographer whose work has been featured in a multitude of publications from Vanity Fair to National Geographic. Harris’ ability to capture ”the moments you can’t see'' has given him opportunities of adventure to document life in more than 100 countries, but the journey to where his work has gotten him today started in a college dark room.

“To see a frozen moment come up in the developer and to see this moment in time frozen forever is just magical, and that feeling has never left me.”

One might say that travel photography was something Mark Edward Harris was born to do. He often thinks back fondly on some of his earliest memories going on cross-country road trips with his family and playing assistant cameraman to his father on their 35mm Konica. Harris’ wanderlust grew even more as he got into his high school years, saving enough money to backpack through Europe.
‍

It was not until the mid 80’s that Harris got his first professional role working on the Merv Griffin Show. The young photographer used every opportunity he had, no matter how taboo, to learn new skills and apply them to his future work. He even credits his appreciation in the details of  lighting to him assisting on the sets of Playboy centerfold photoshoots.
‍

After graduating from college with his degree in history and the ending of The Merv Griffin Show, Harris traveled through the South Pacific and China in efforts to expand his portfolio. Since that quest, he has been documenting the evolution of lands and humanity in places around the world. Harris was able to intertwine all of his passions into the career that he wanted to have. Along the way, the historian did realize that photographs of war and conflict in culturally opposing countries were deemed by some as more exciting, but his vision has never been compromised and continues to leave an impact on beholders.
‍

“I do hope in my photos we’re seeing humanity living out their daily lives as best as they can.”

Harris has released multiple books throughout the years with the moments he froze in time, two of his most well-known being  “The Way of the Japanese Bath” and “Wanderlust”. The images that Mark Edward Harris strives to capture are intentional and personal. He makes it his mission to bring awareness to the important stories that aren’t being told like he did with his mesmerizing portraits of the orangutans whose habitats were being destroyed on the island of Borneo. Harris commits decades of time to his bodies of work. The stories he tells through photography are very real, and like real-life they are continuous. Whether it be natural disasters or recovery, Mark Edward Harris is there to document whatever changes life brings.

What to Expect: Mark Edward Harris sits down with We The Project and talks about his experiences in some of his most visited destinations from over 200,000 miles of traveling. He even tells behind the scenes stories of his exploits from cultural misunderstandings in Iraq bazaars to cobra encounters in Indonesian tree canopies. Harris discusses the privilege he has had to learn and document the evolution of life through the film to digital age, and he pulls from his experiences to give insight on what humanity should be doing now through a global pandemic.